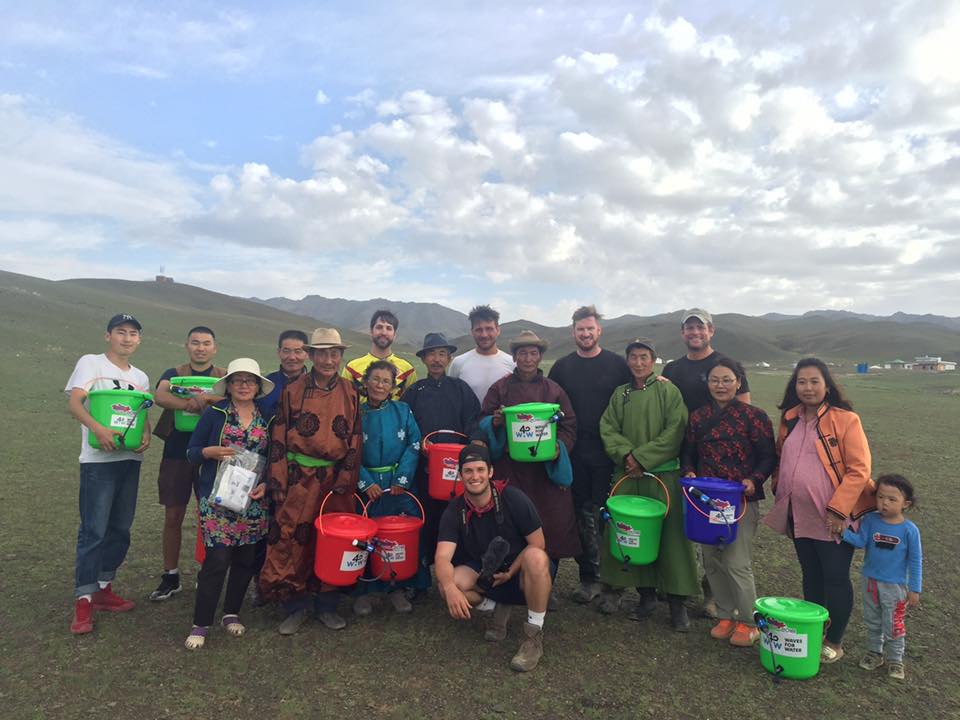 We are so excited to announce our newest site MONGOLIA!

Mongolia is the world’s most sparsely populated country at about 3 million people; geographically it is the 18th largest. It is known as the “land of the blue sky” since it has over 260 days per year of clear, blue skies. Its capital, Ulaanbaatar, is the coldest capital city on planet earth and means “red hero.”
Mongolia the country is sometimes referred to as “Outer Mongolia” and it is a self-governed, sovereign country. Whereas “Inner Mongolia” is an autonomous region within China. Up to 40% of Mongolia’s population is considered nomadic. Horses outnumber people 13 times and sheep outnumber humans by 35 times!

35% of Mongolians do not have access to clean drinking water. 40% of the population do not have access to a sanitized system of handling human waste. 29% of Mongolians live under the poverty line. Of 1,000 babies born in Mongolia, 16 die before their 5th birthday. This rate is quadruple the rate of the United States. A common “welcome drink” for guests is fermented horse milk and it considered disrespectful to refuse it. Some historians argue that the world’s first ice cream hailed from Mongolia. There is a type of singing native to Mongolia where they sing through their nose and throat at the same time, producing two different sounds simultaneously.

Youthlinc will be working in the village of Nalaikh which is 22 miles southeast of Ulaanbataar. In summer the temperature is between 73 and 79 degrees F. There are a variety of schools in the area with a grand total of 6,000 K-12 students.

Youthlinc projects will include cultural exchange, family visits, reciprocal vocational training, running a summer STEM camp, community health fairs overseen by a medical professional, business development support, and environmental programs. Youthlinc teams will stay in a “gers camp,” as as we call them in the United States, a “yurt camp.”

This area has a number of historical and cultural sites, including Genghis Khan Statue, Khan Khentiast National Park, and Gorkhi-Terelj National Park. There is a place called “Genghis Khuree” at the foot of the Genghis mountain between Khukh Termis and Tuul river. This “Genghis institute” was an academic discipline from which Chu and Dolgudai sages came, and is noted in the Secret History of the Mongols.

Youthlinc is partnering with Insight Himalaya and New Milestone to oversee these projects and team logistics. We are grateful to our In-Country Partner from Nepal, Binod, for introducing us to his network and making this project a reality. Binod has been working on this project behind the scenes since 2019.
To register for this incredible experience, click here.